Times Square, the Toys R Us is just to the right: 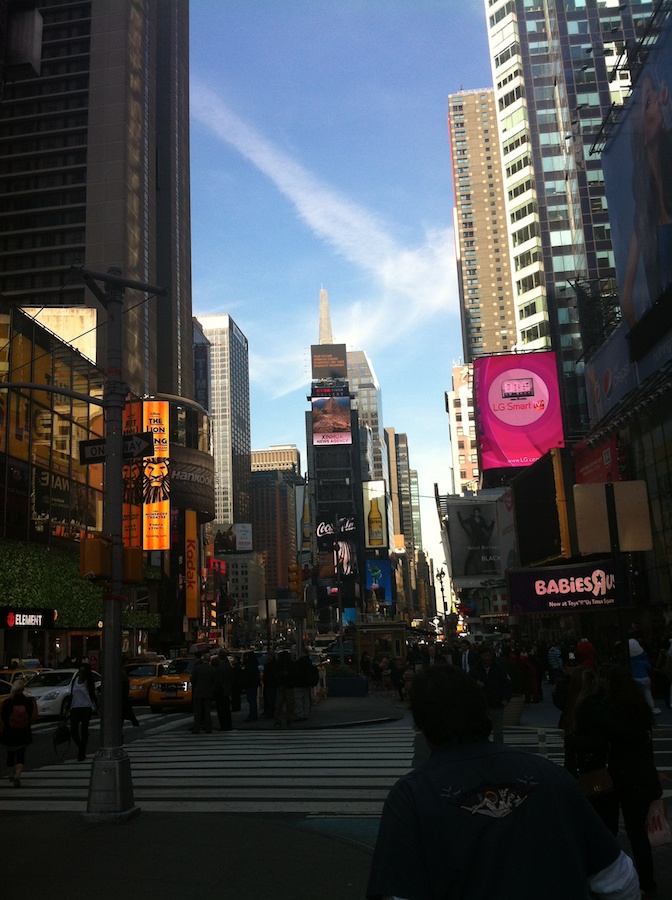 Outside of Toys R Us is a community of characters, all waiting to take their photos with you, for a small tip: 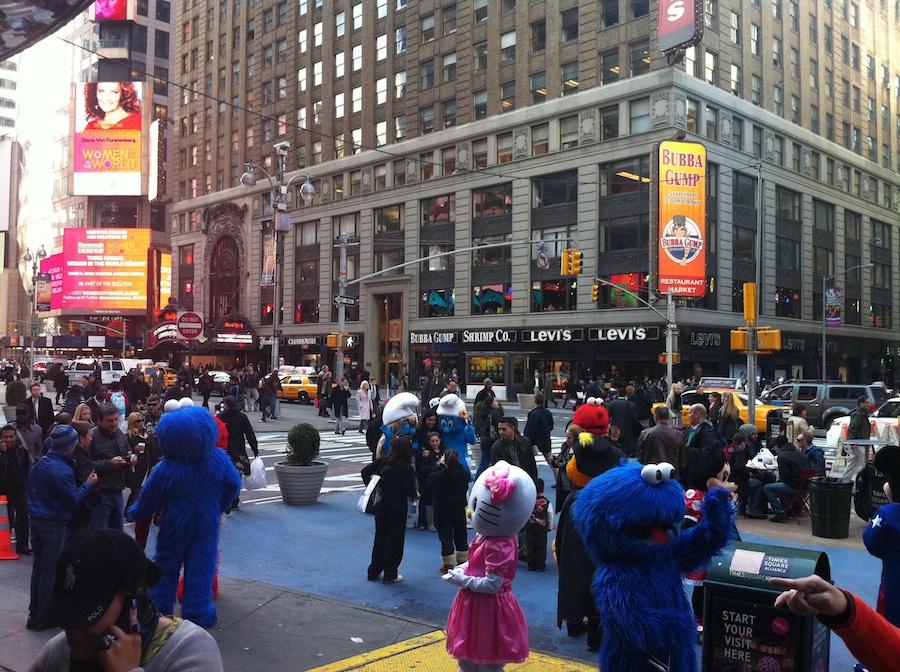 Here we are in mid-March, and TRU still has plenty of Star Wars Advent Calendars still in stock. At least they dropped the price to $35: 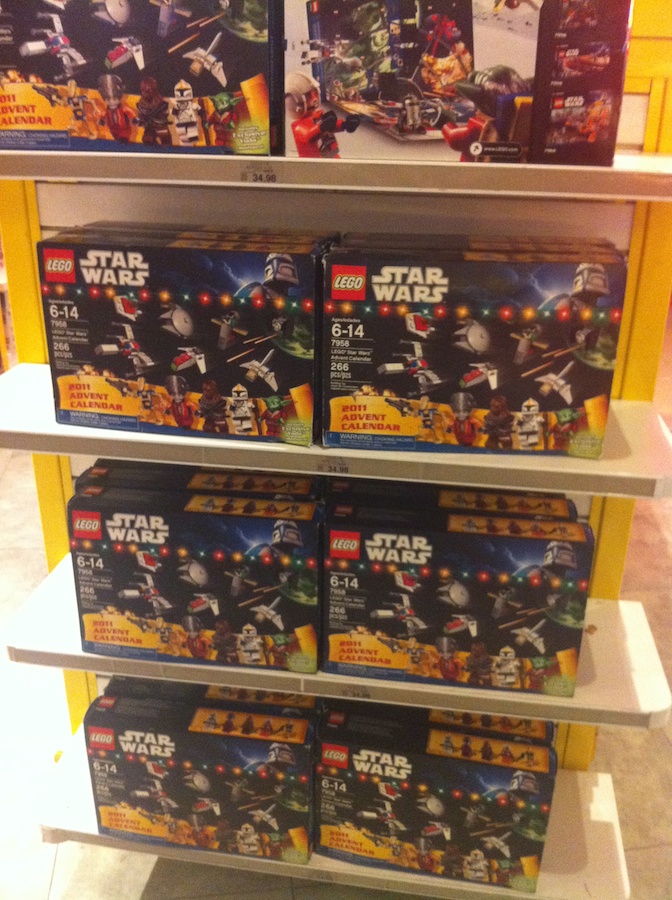 The main Star Wars section, a mixture of older sets and newer sets: 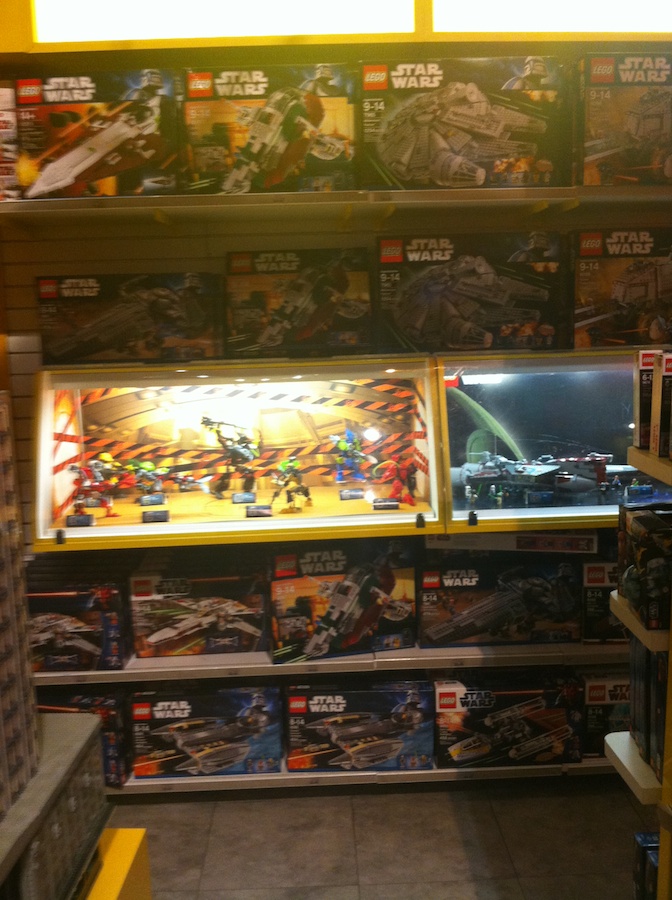 Still plenty of the Rebel Hoth Battle Packs in stock: 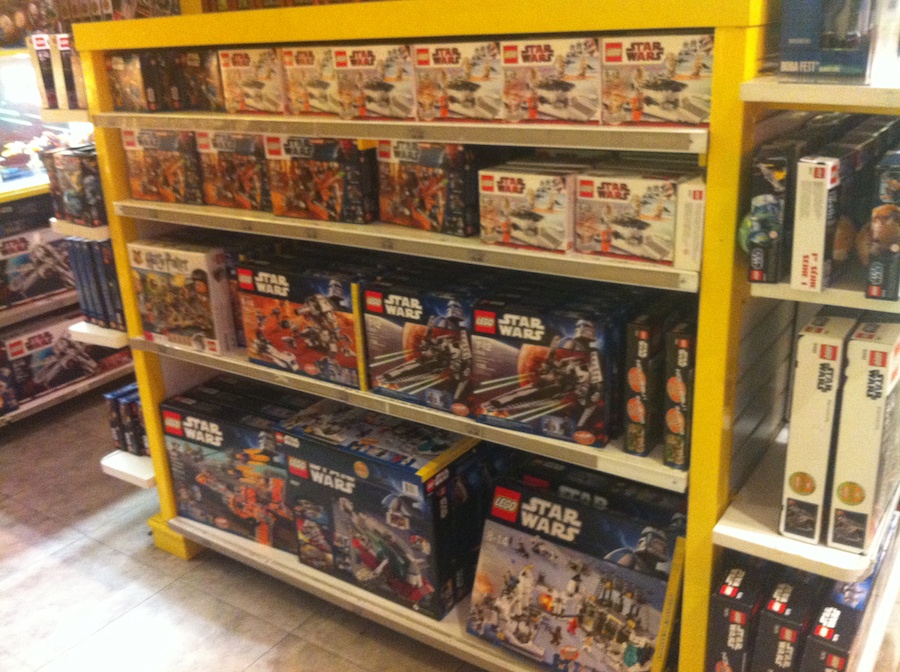 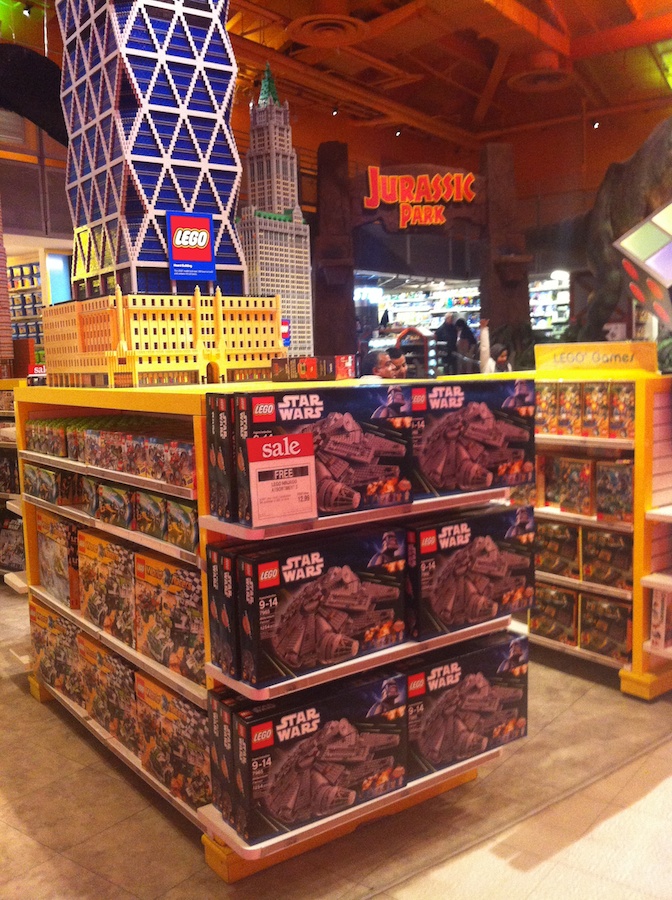 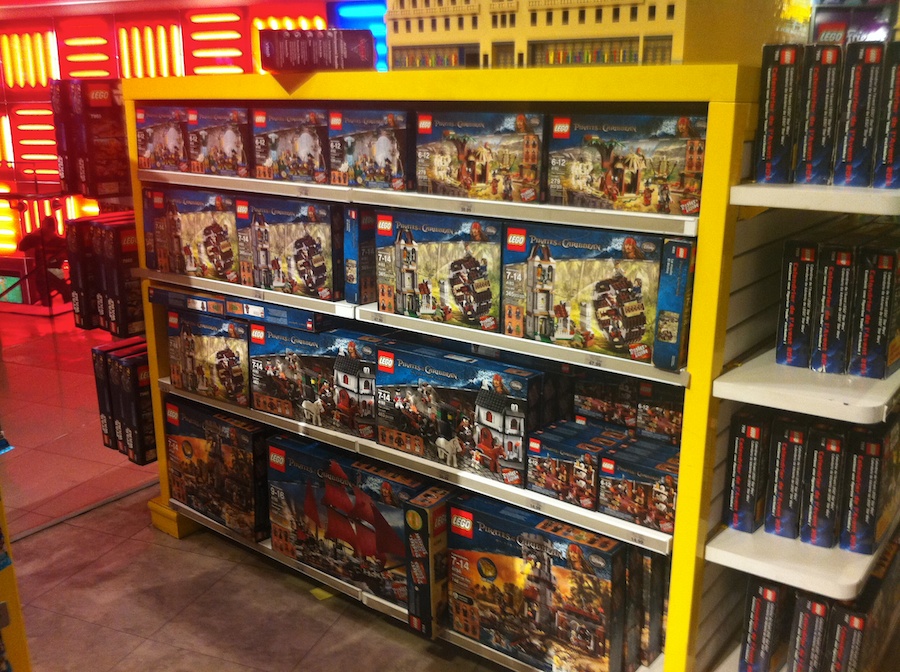 Some of the LEGO sculptures that hover over customers: 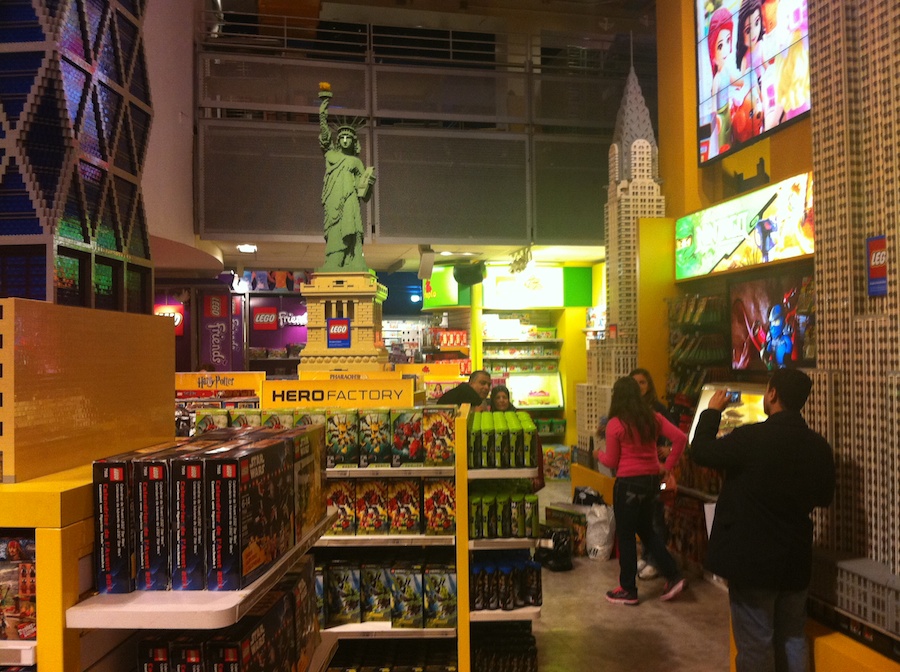 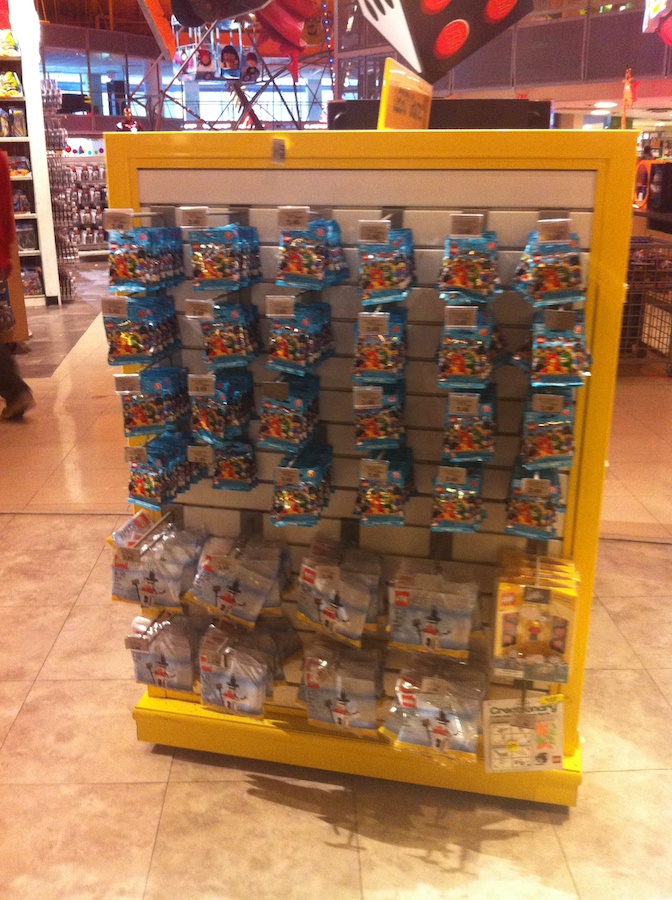 The real gold, the exclusive sets: 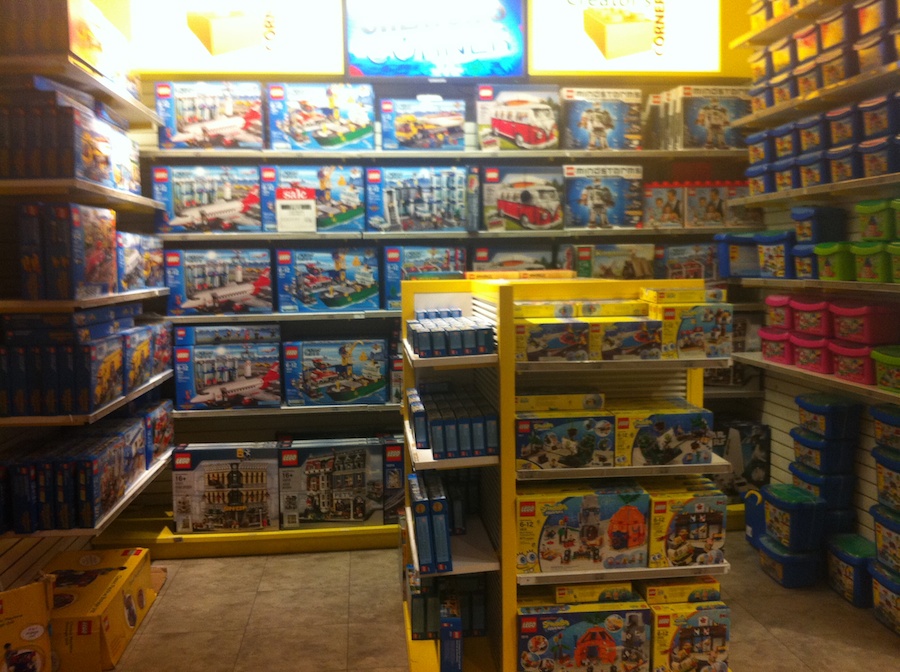 Technic, and unbelievably, a good stock of Prince of Persia: 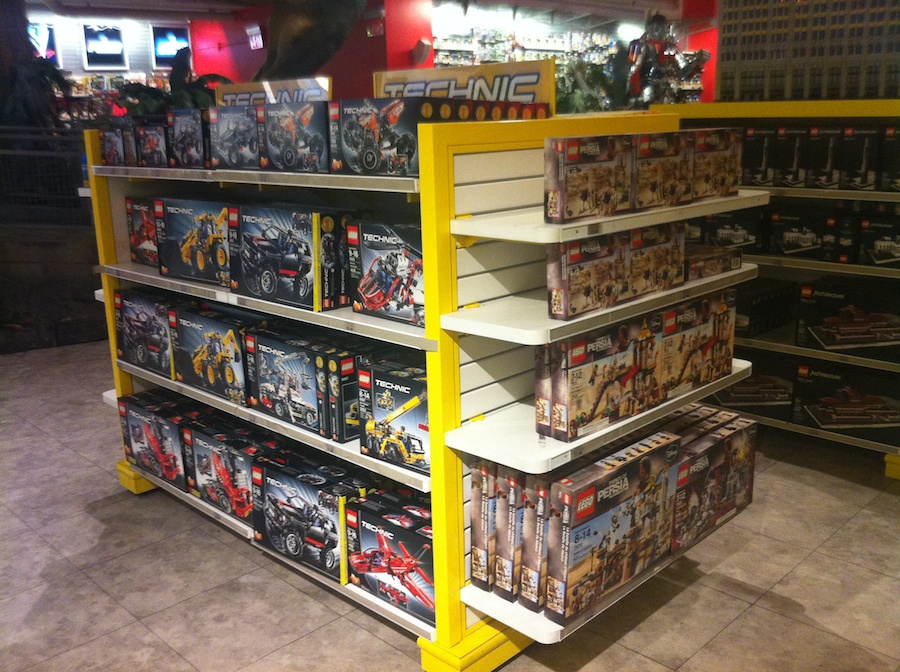 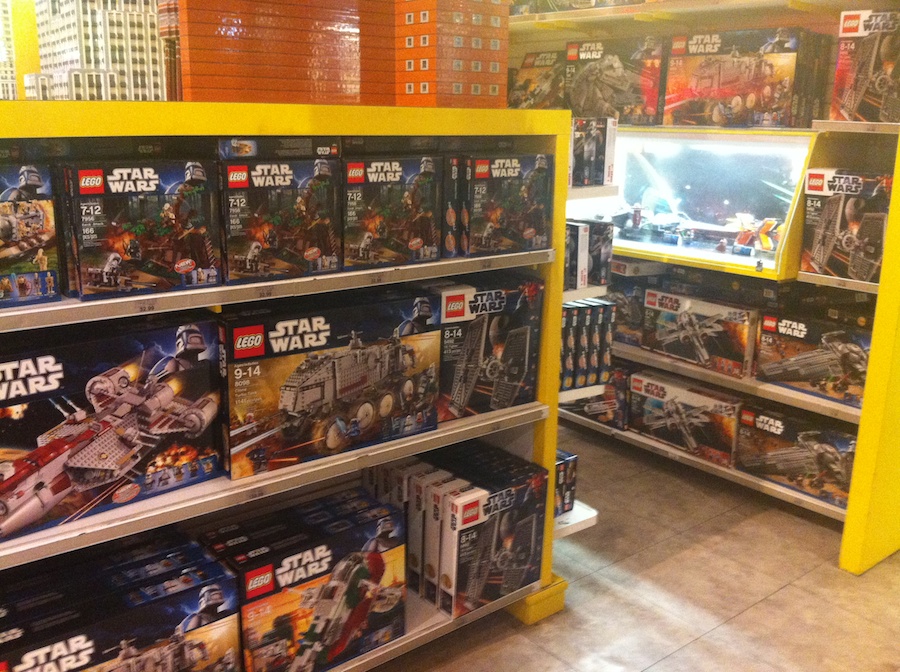 Some of the rarer sets to find in a Toys R Us: 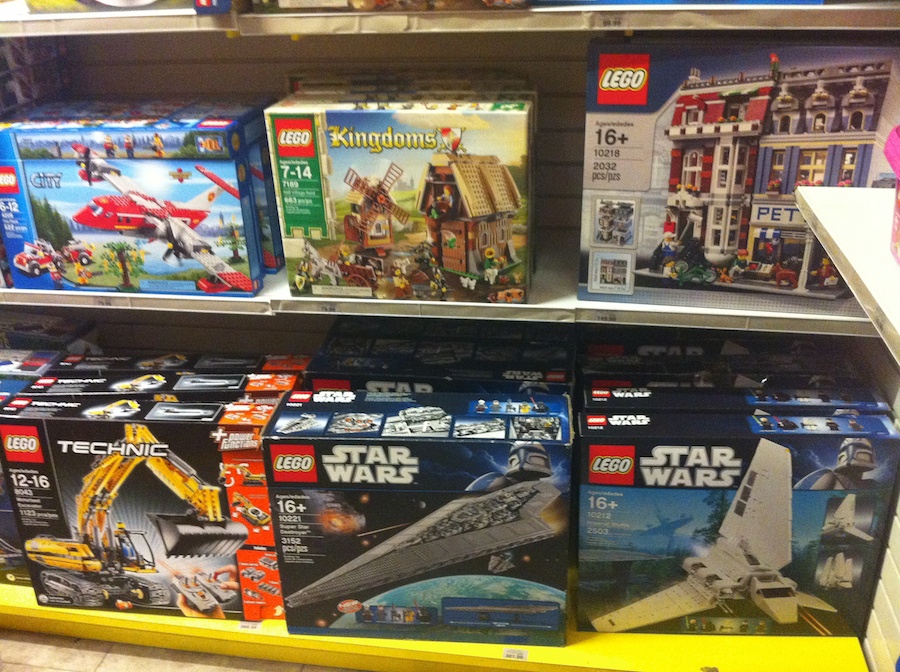 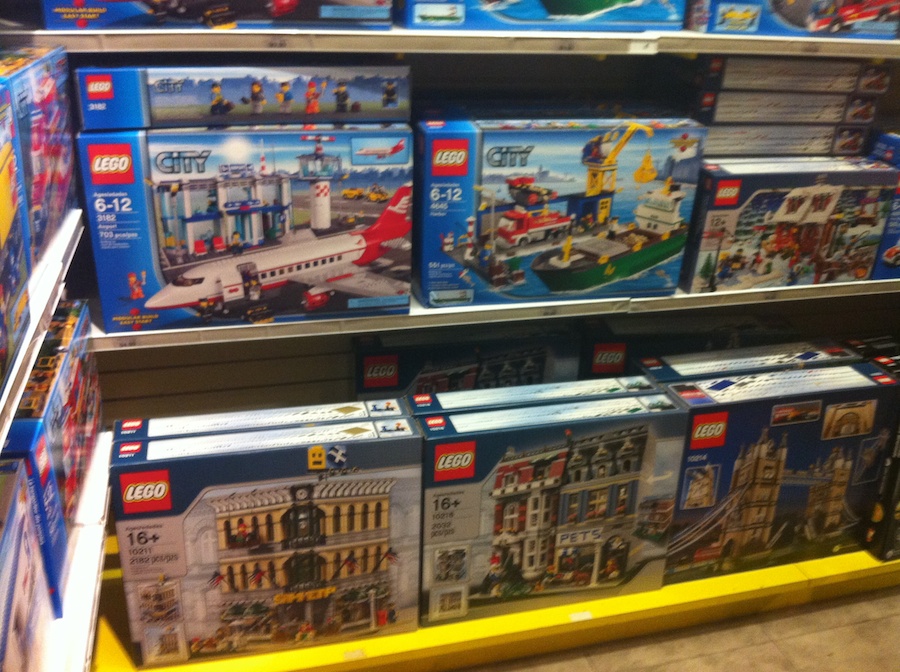 The pricing is higher at this TRU because of the cost of real estate in Times Square: 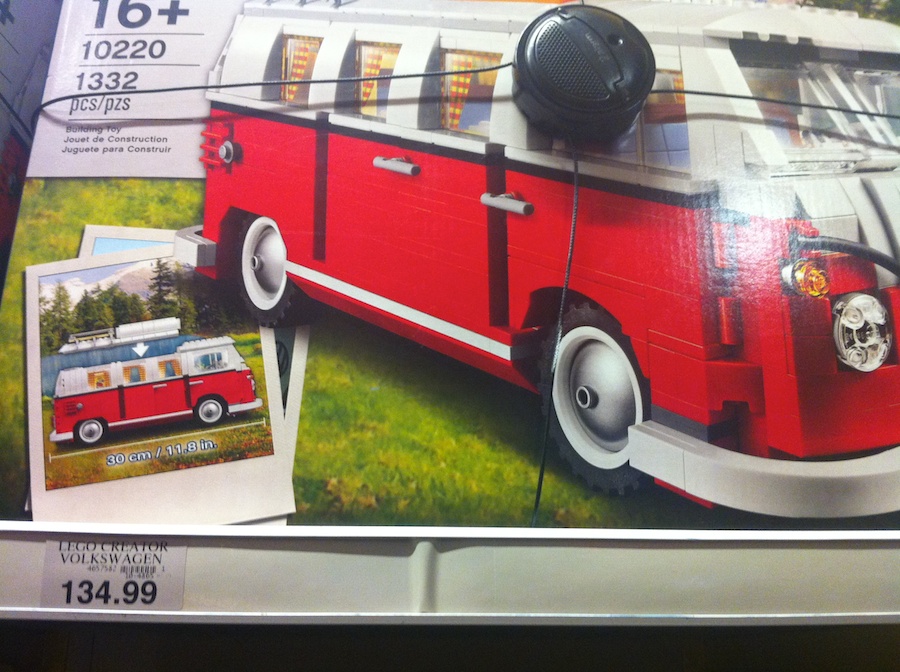 They mislabeled the “Super Star Destroyer” as the “Star Defender.” But at $399, that is standard retail for this set: 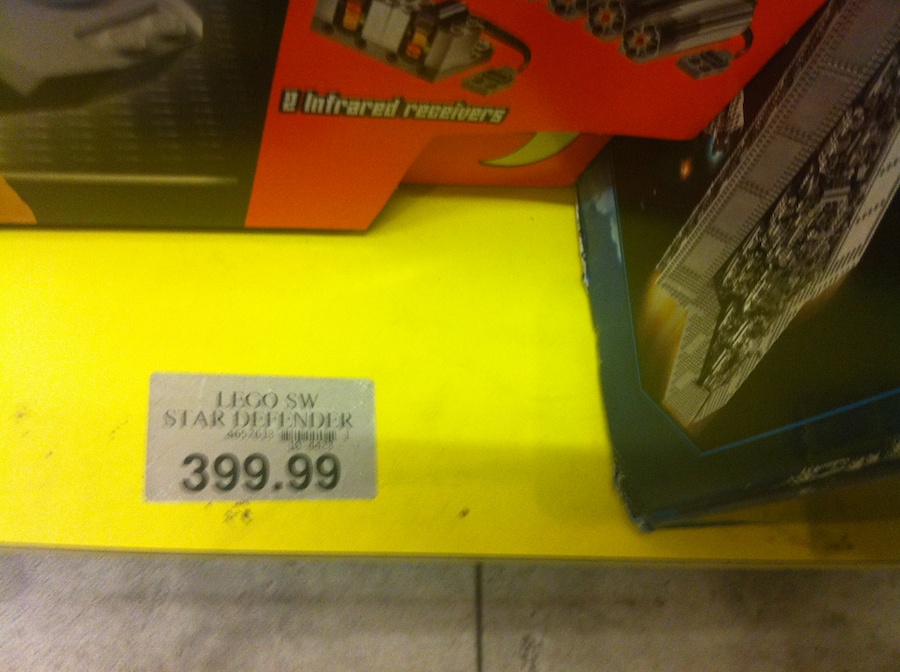 I hate to say it, but in a battle, the Mega Bloks sculpture would blow away the LEGO sculpture: 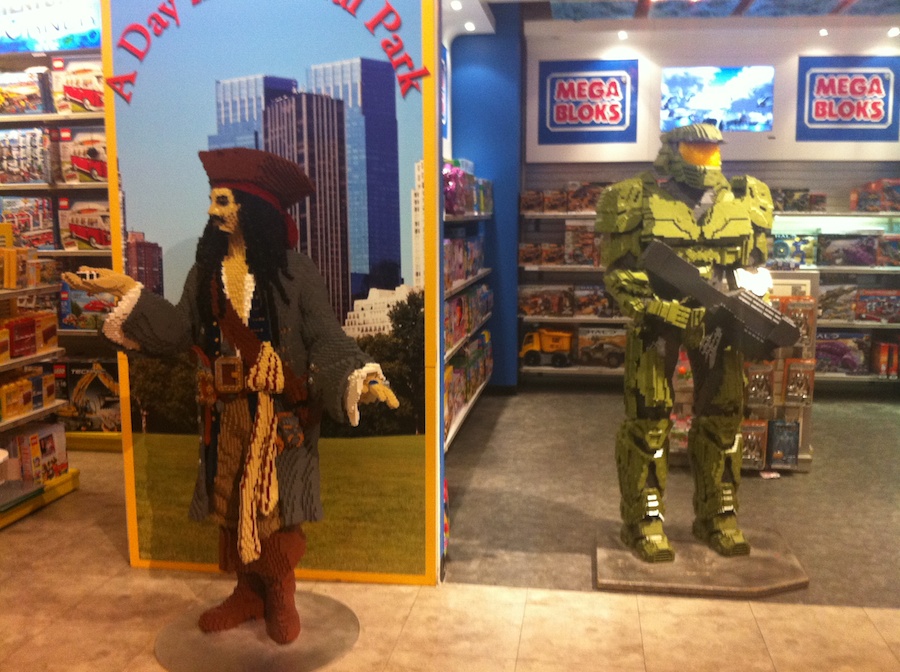 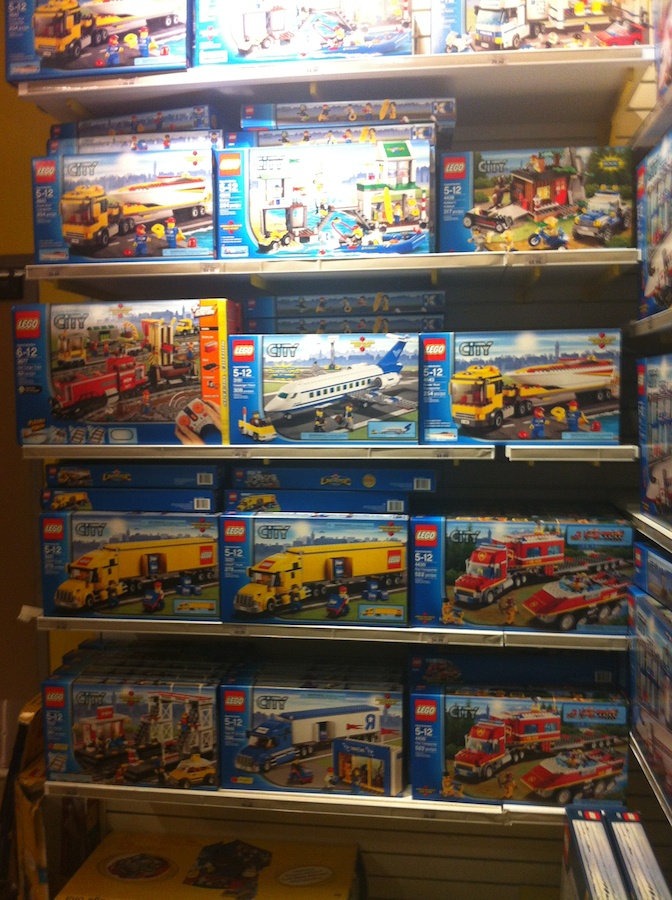 Pet Shop was priced at MSRP as well: 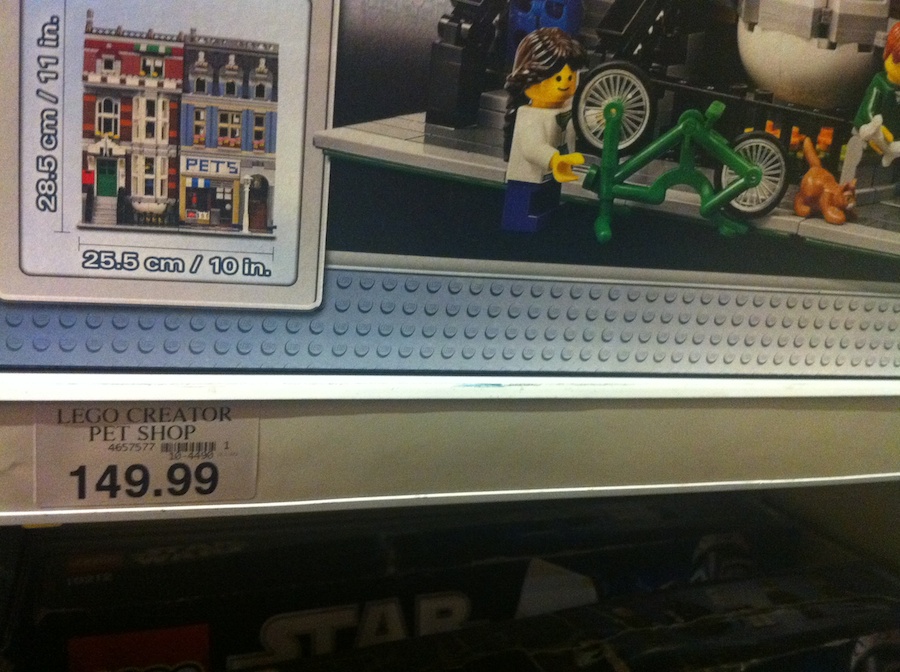 Imperial Shuttle has a significant markup: 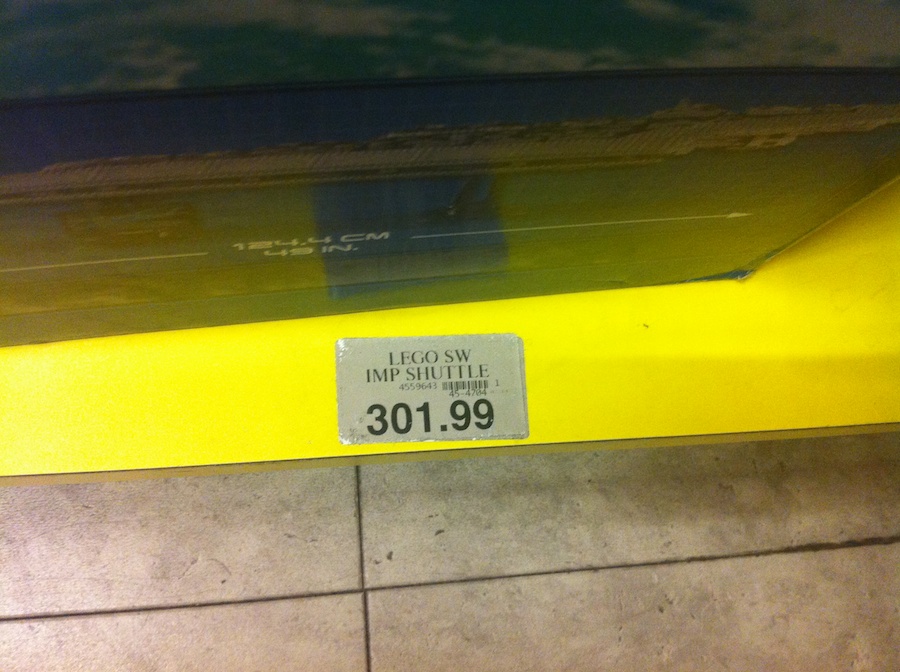 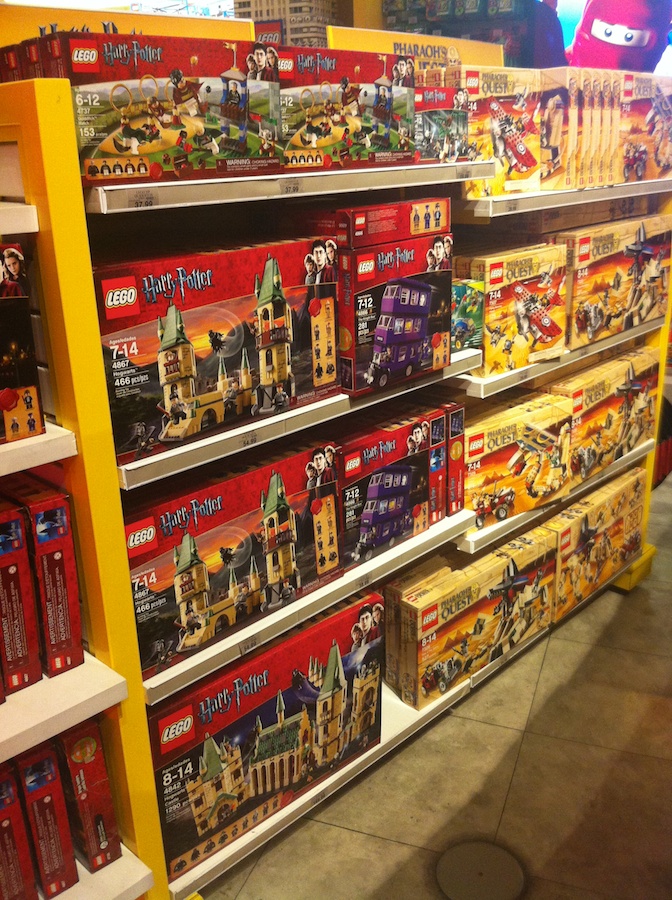 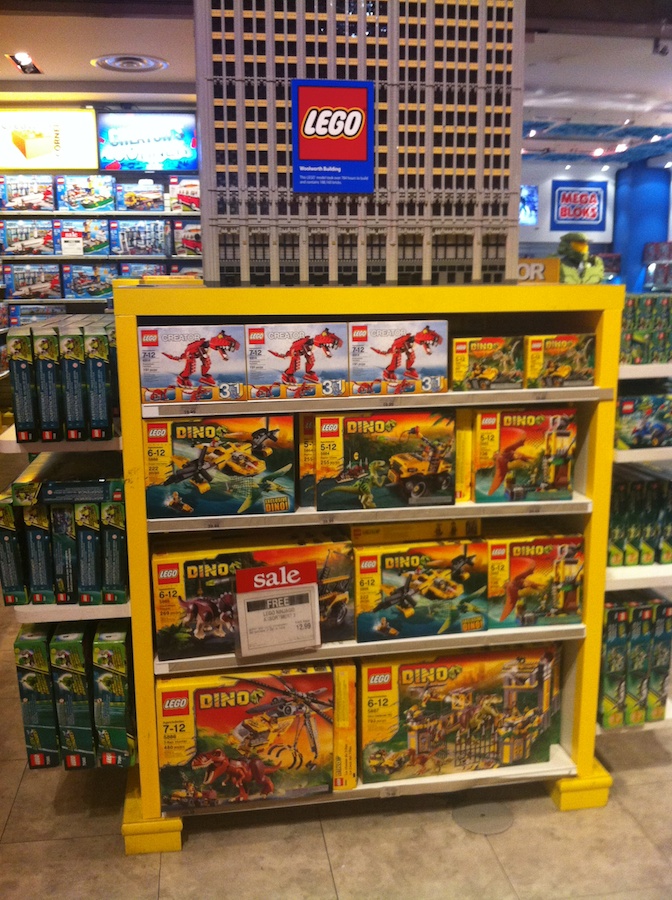 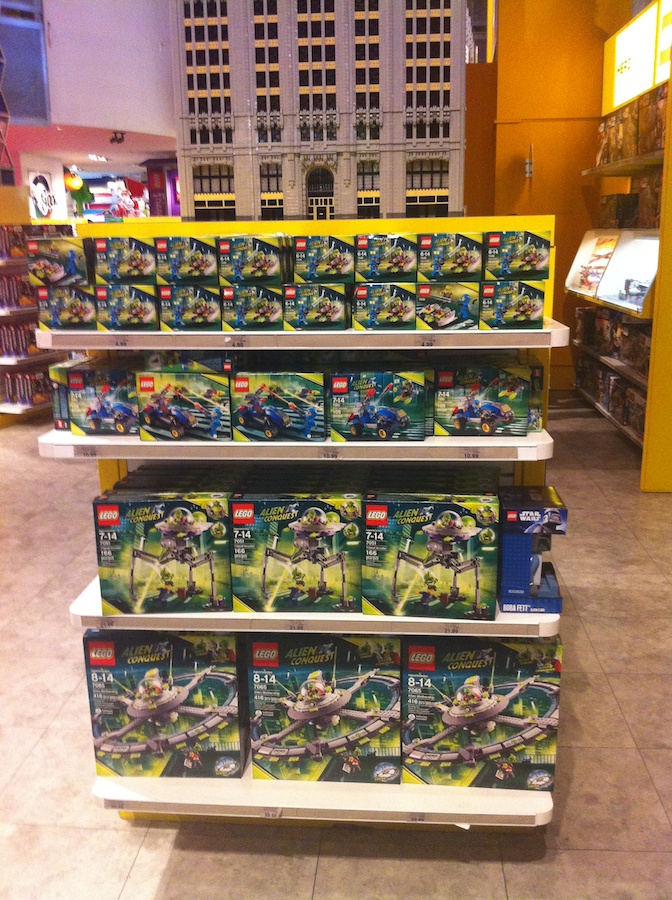 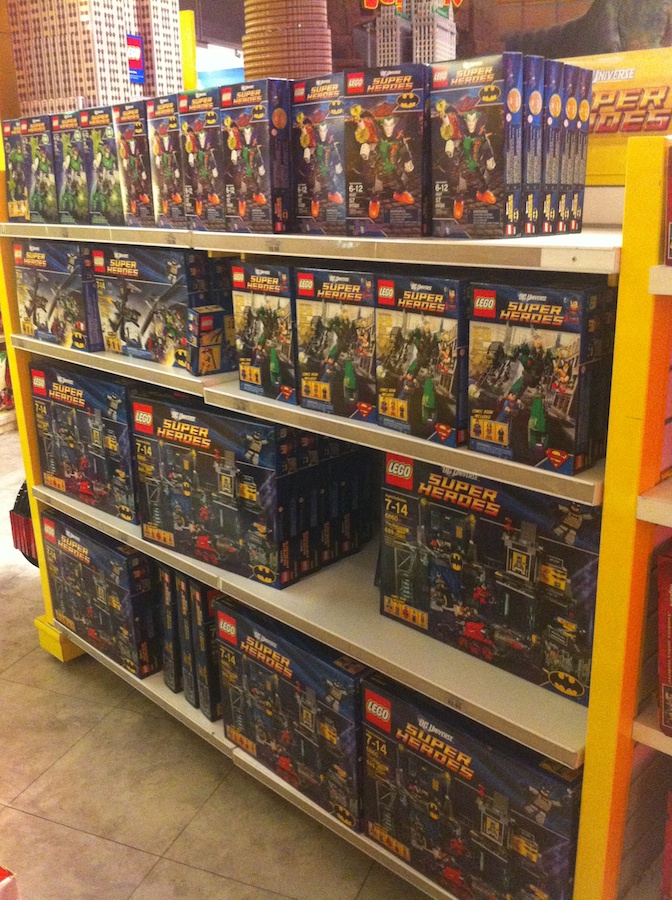 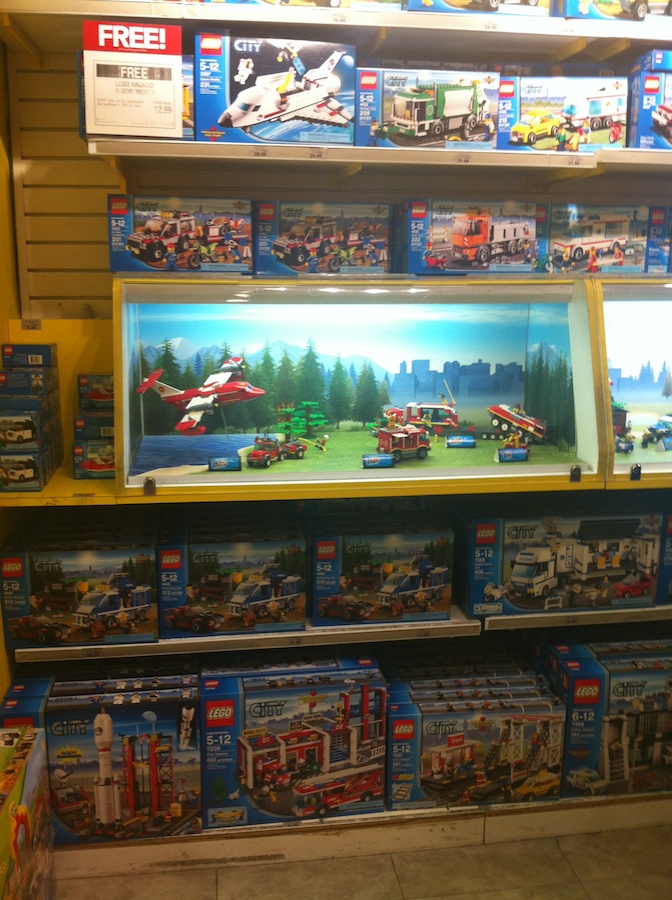