Town Hall has arrived in the Rockefeller Center store in NYC. Let’s take a look…

It’s still pretty amazing to me that LEGO is paying to have a large store right in front of this landmark: 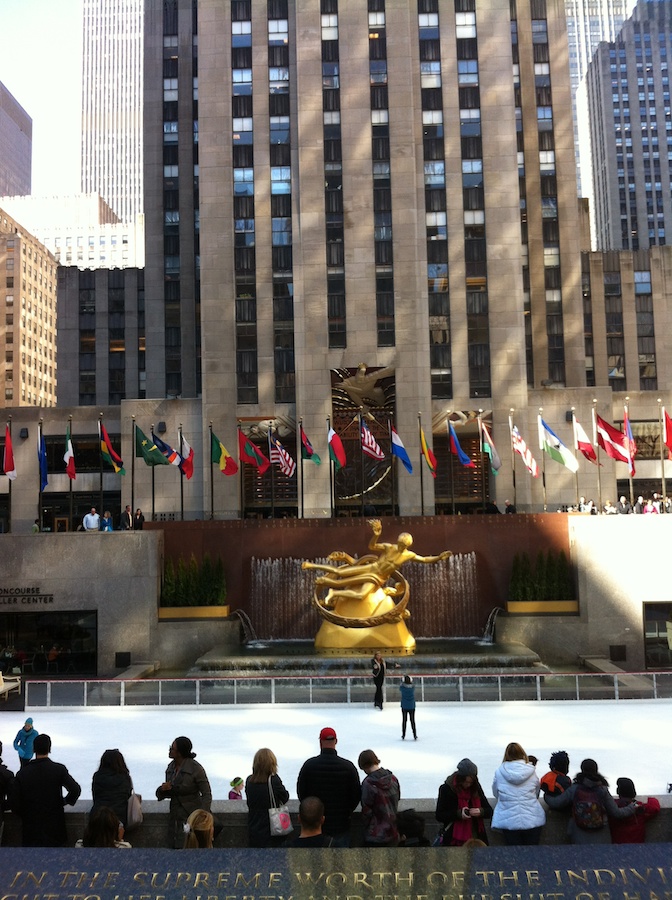 Town Hall, and a pretty amazing view of Rock Center. Interesting to see the scale difference between these four sets: 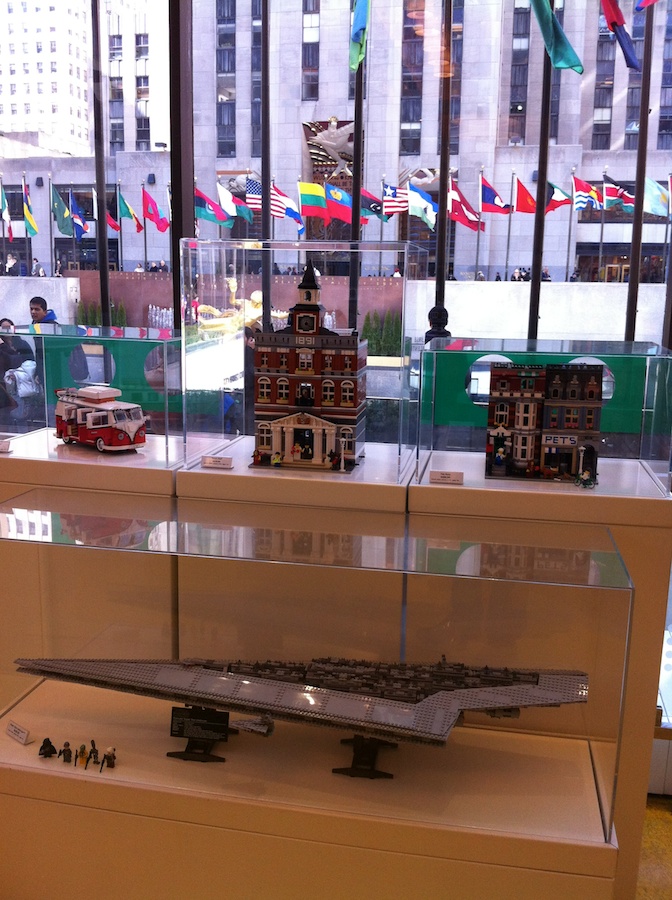 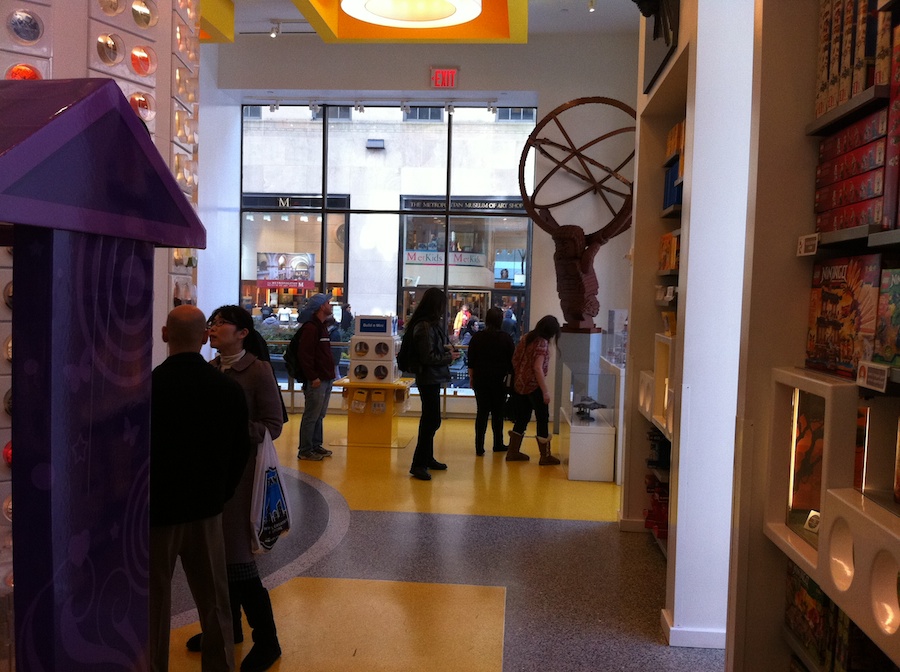 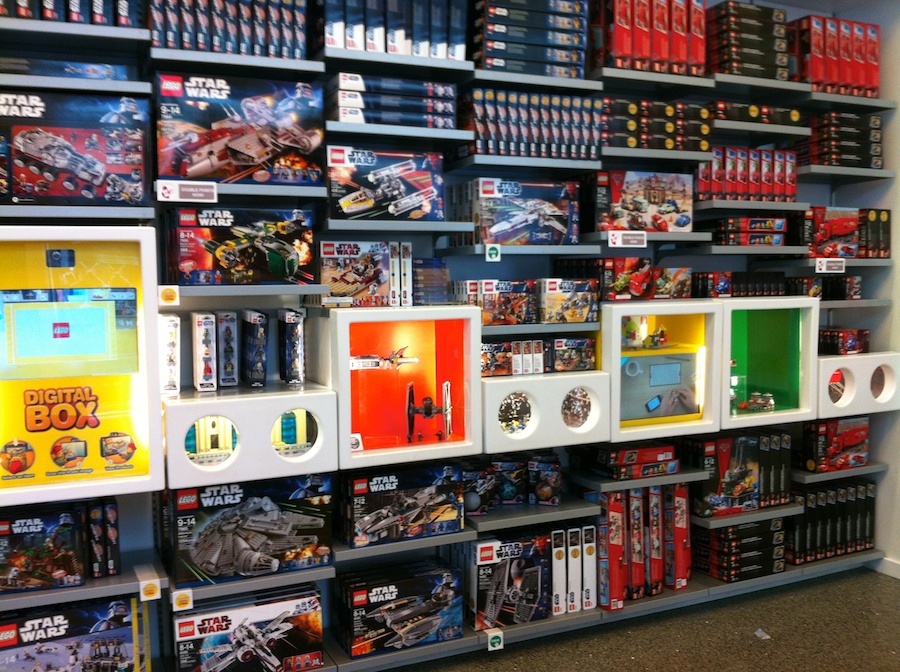 I just love seeing those three big sets next to each other on the shelves. That Death Star box has been on the shelves for years! 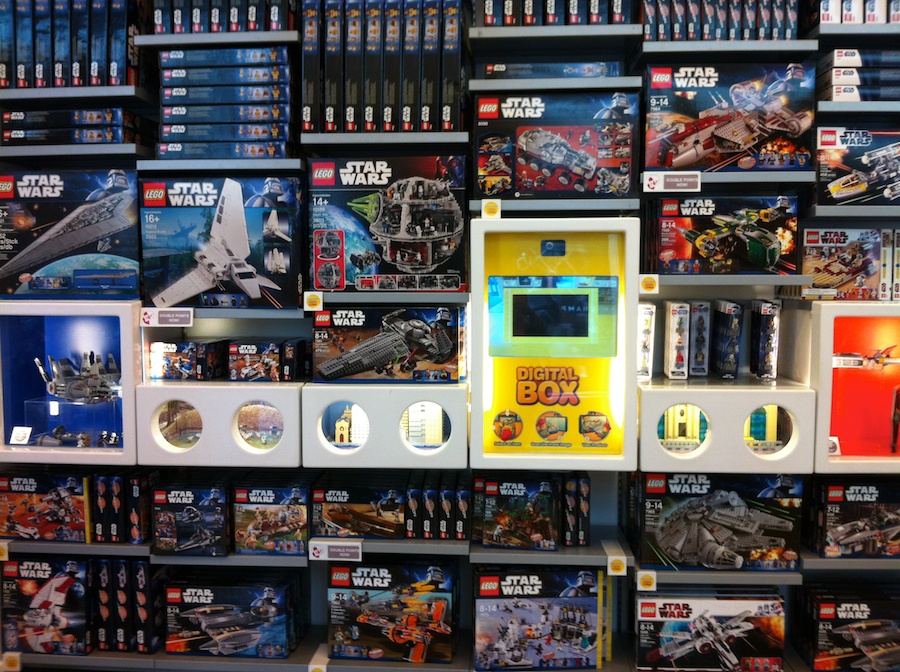 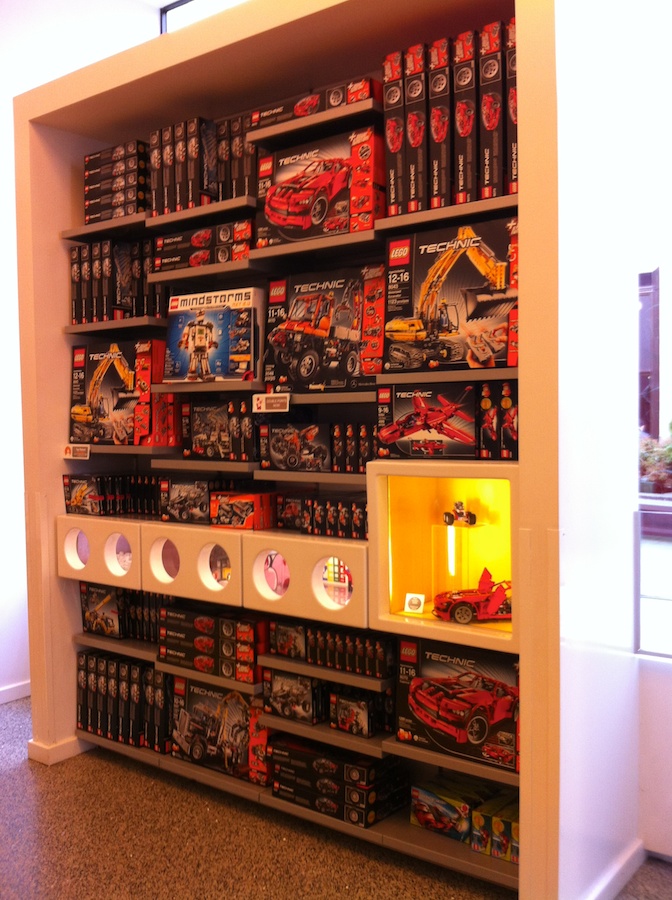 They used to have a small counter here, but got rid of it. 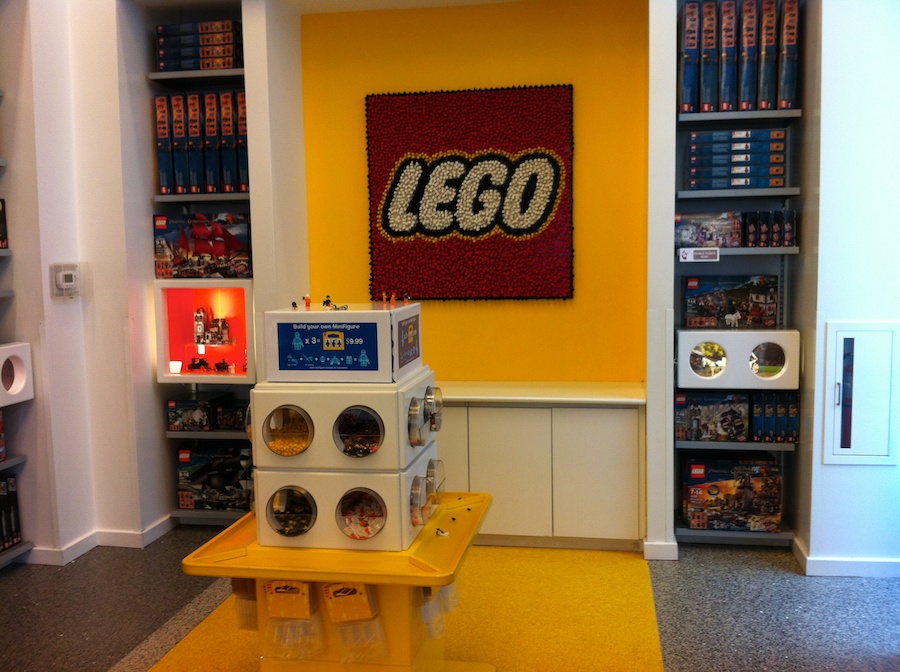 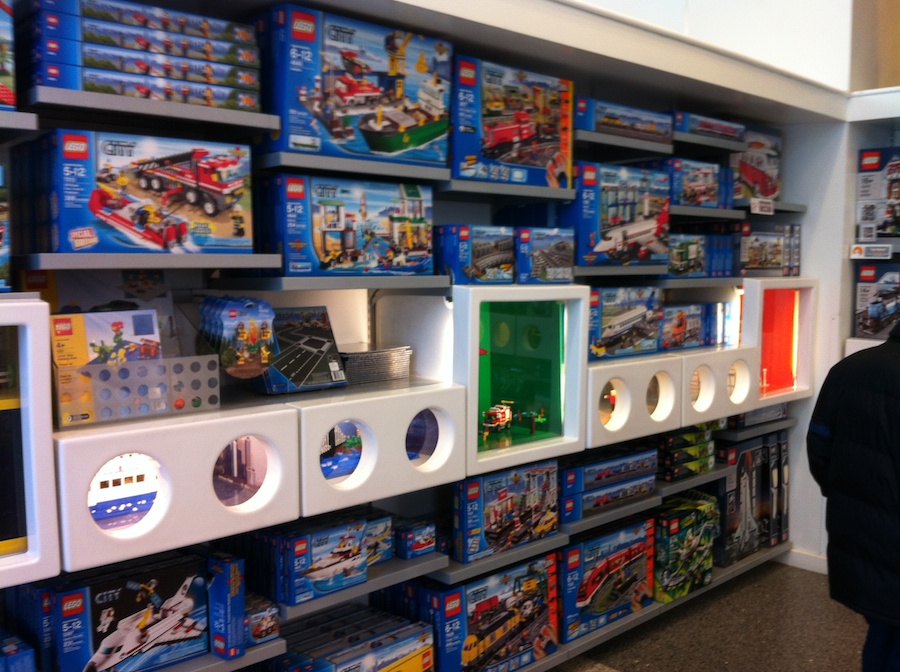 Odd that they put Town Hall at child-level. You would think a brand new $200 set would be positioned at adult-eye level. Also odd that the Super Heroes sets are shoved in the corner there. Nice to see Medieval Market Village still graces the shelves: 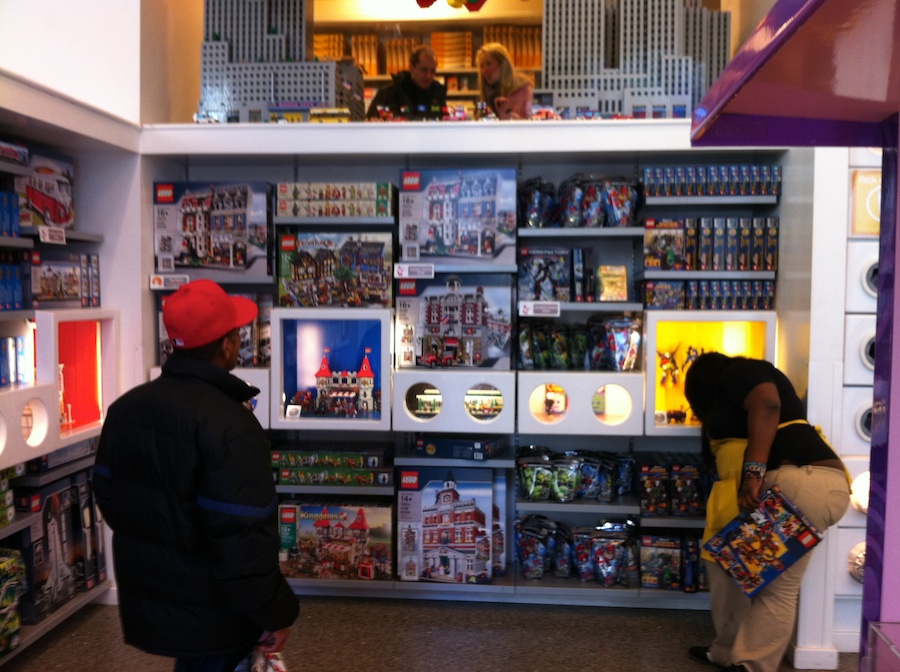 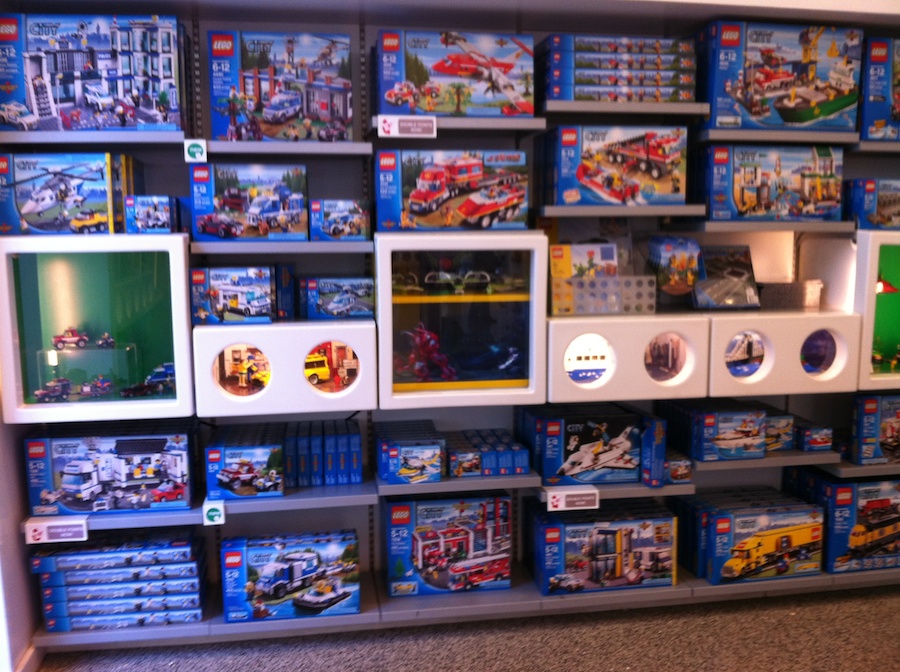 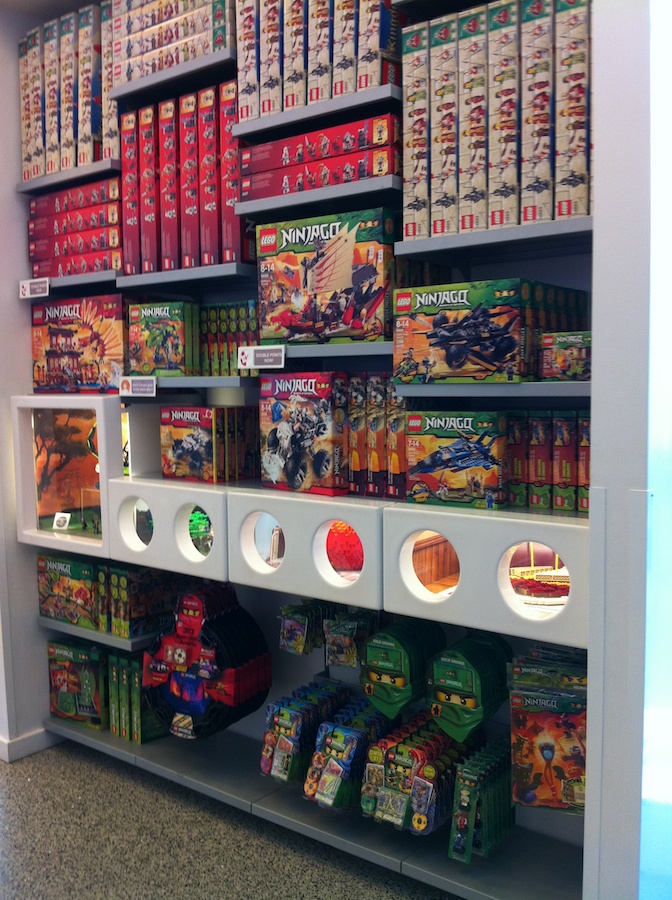 Tower Bridge is another set they put down at kid-level: 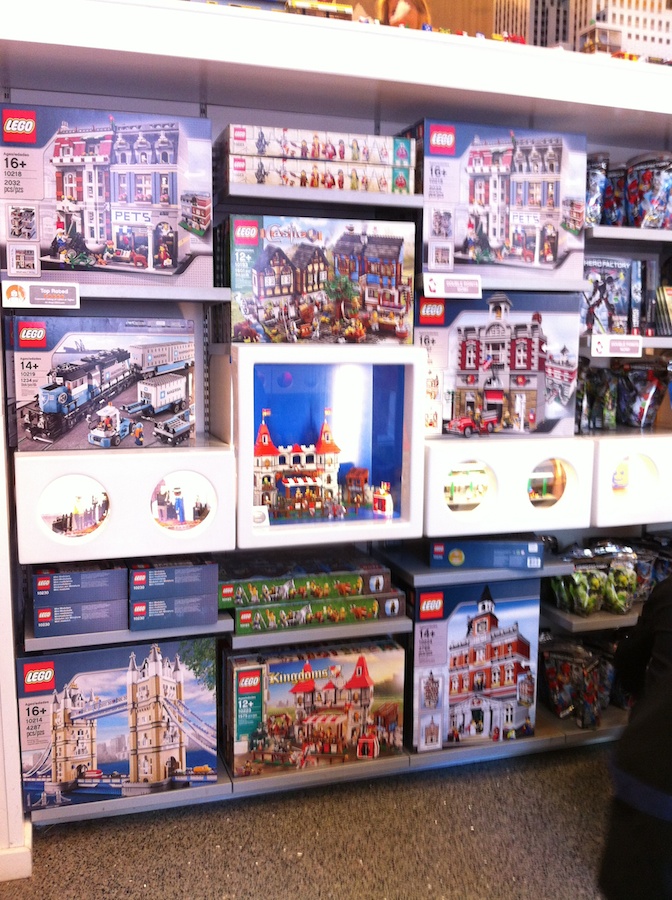 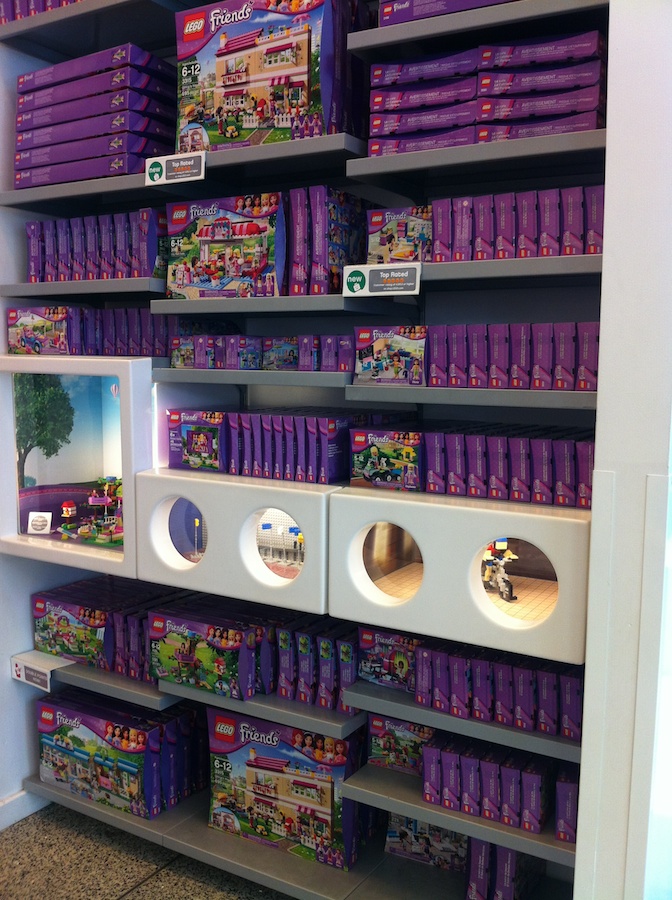 Loads of Harry Potter still in stock too. When Diagon Alley finally sells out, I think that will be a hot set on the aftermarket. Very unique to the overall lineup: 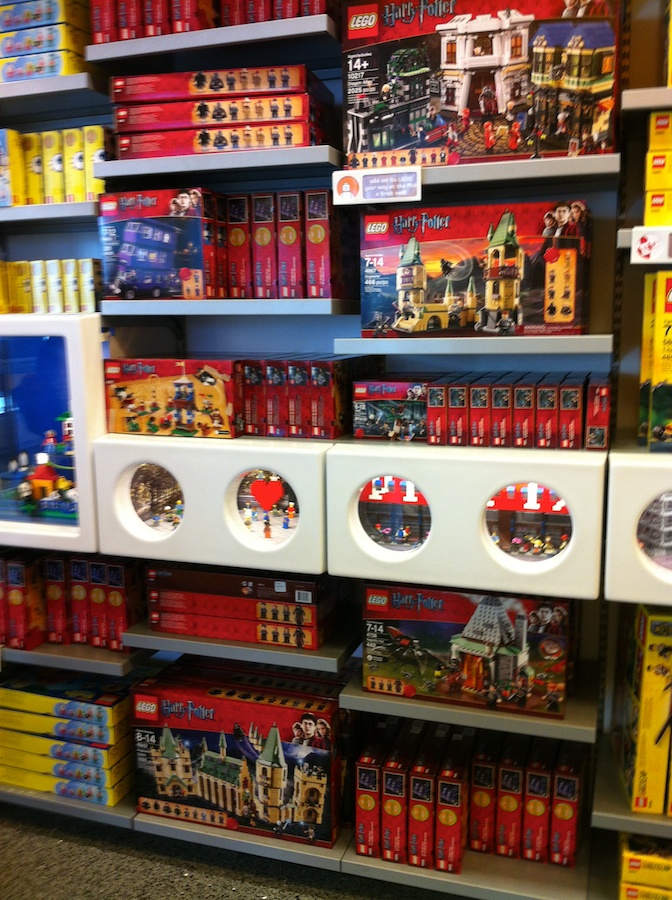